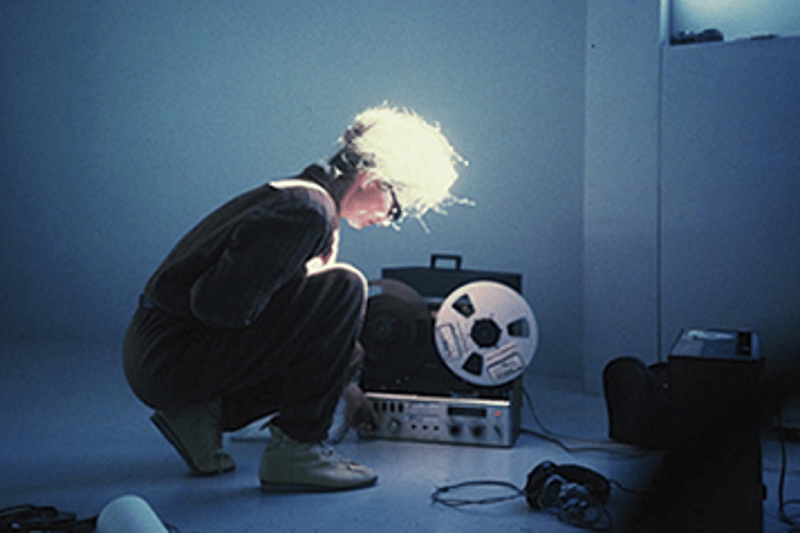 Additional Tones: A Tribute to Maryanne Amacher is an homage and an opportunity for sharing and contributing to a greater understanding and well-deserved visibility of this remarkable artist and thinker’s life and work. The program includes the screening of the documentary film Sisters With Transistors, a seminar and listening session dedicated to Amachers’s series of works Music for Sound Joined Rooms and Mini Sound Series led by researchers Amy Cimini and Bill Dietz, the online video series of readings and discussions Remote Links celebrating the book edition of Maryanne Amacher: Selected Writings and Interviews in partnership with New York Public Library, the interpretation of the composition for two pianos Petra by the unprecedented duo of pianists composed by an historical name - Marianne Schroeder - and the young Portuguese musician Joana Gama, and the presentation in yet another national premiere: Thomas Ankersmit's Perceptual Geography for Serge Modular synthesizer, a piece inspired by and dedicated to Amacher.

Image: Maryanne Amacher at work at the Capp Street Project, San Francisco (1985), Photo by and Courtesy of Peggy Weil

Please submit your questions, throughout the Remote Links series, to Amacher@nypl.org

They will be addressed at the final Panel.

“SISTERS WITH TRANSISTORS” (2020), a documentary film by LISA ROVNER

Maryanne Amacher (1938-2009) was an American composer especially known for her large-scale, fixed-duration sound installations and multimedia environments. She studied with Karlheinz Stockhausen and went on to collaborate with Merce Cunningham and John Cage. Her work was pioneering and visionary in several fields of musical and artistic creation such as the exploration of sound spatialization, new media, acoustic ecology, artificial intelligence and psychoacoustics.

Still in the 1960s, Amacher began working with what she called ‘long distance music’, or telematics, which would be consolidated in City Links, a series based on real time, on site mixing of sounds transmitted from several remote places and cities via telephone. In the 1970s, she specialized in working with the Triadex Muse synthesizer developed by Marvin Minsky using artificial intelligence principles. In the series Music for Sound Joined Rooms (1980 -) she used the architectural structure of the site of the installation as the physical medium of the work by resorting to idiosyncratic speaker placements. Her Mini Sound Series (1985 -) explored the potential of sounds as characters, applying the dramatic principles of television series and other popular formats to the relationship between sounds and the ways in which they were perceived and transformed across various ‘episodes’.

Her remarkable work The Sounding of Casa de Serralves: Supreme Connections, presented in 2002, can be framed within the two later series. In this sound, visual and performative installation, Serralves’ emblematic villa was transformed into a place for multidimensional and immersive experiences. The sound spread through the architectural structure, through the rooms, bedrooms, columns and anterooms. Architecture shaped the propagation of sound and the listening experience. The house’s spaces became an integral part of the sound system and the house itself a giant musical instrument. Scenic elements, or videos could be found in different rooms and, from inside the house, strange creatures were seen in the formal gardens around the villa. In addition to reflecting Amacher's research on the materiality of sound and the ways in which it propagates in space, this work also reflected the exploration of the phenomenology of aural perception (in particular the sounds emitted by the ear itself), the physicality of listening and the staging of the experience as essential elements in the perception processes.

International recognition of the importance and singularity of Amacher's work has recently translated into the acquisition of the artist's archives by the New York Public Library of Performing Arts at Lincoln Center, the constitution of The Maryanne Amacher Foundation and events dedicated to her work organized by such institutions as Tate Modern and ICA in London, the Stedelijk Museum in Amsterdam and the São Paulo Biennial.