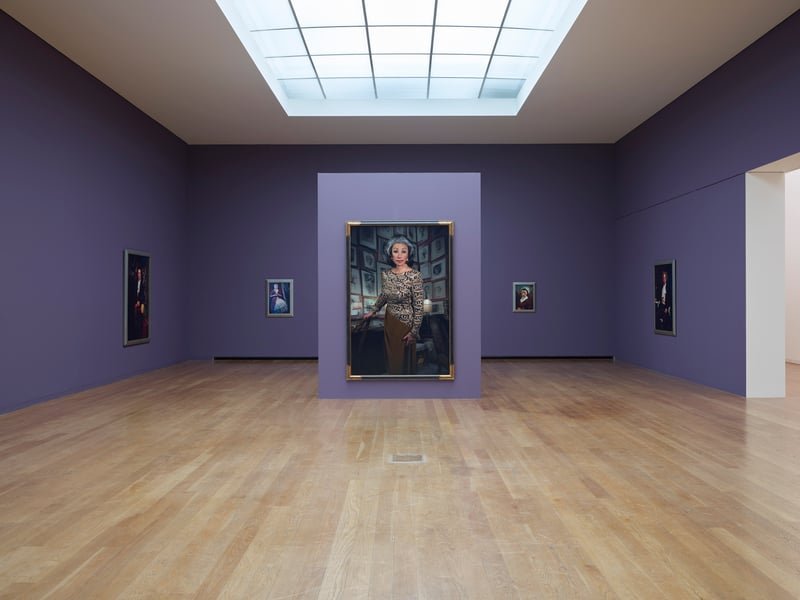 Cindy Sherman: Metamorphosis presents a series of works spanning the artist’s career from her earliest work to the latest. The exhibition is organized in dialogue with the artist and in partnership with The Broad Art Foundation, Los Angeles, an institution that has collected in depth the work of Cindy Sherman for over thirty years.

Most well-known for photographs that feature the artist as her own model playing out media-influenced female stereotypes in a range of personas and environments, Sherman shoots alone in her studio, serving as director, photographer, make-up artist, hair stylist, and subject. Her decades-long practice of performing portraiture, has produced many of contemporary art’s most iconic and influential images. For the presentation at Serralves, the Museum galleries will be transformed specially to receive this ambitious exhibition, creating a theatrical set for the storyboard written by the artist’s photographs. It will also include new work, specifically conceived for the Serralves Museum: a large photographic mural, which give an additional uniqueness to the display.

In the exhibition, these series are presented with no chronological order, but rather building a narrative. Sherman’s individual compositions and narratives refer to a complete and complex lexicon of female identities: the early works full of visible emotions and in later works emotions gradually excluded. The works are not self-portraits, they are representations perfected by the distance of the camera or lens through which they are captured, or as Rosalind Krauss defines it, they are “a copy without the original”.

Sherman’s return to the centre of the image took place around 2000 with Head Shots, where she features a series of portrait studios, or the disturbing series of Clowns (2003-05) and later of aging women. The artificial and fake body parts force the viewer to confront with the staged aspect of the work, but the tragic and vulgar aspect of the characters compels the views to feel a certain sympathy and respect. On the other hand, there is a noticeable change in the positioning of the camera, the alteration of the scenarios, the overlapping and saturation of layers of props and strange elements in the composition, as well as the size of the print. Later with the Society series (2008), Sherman continues her investigation into distorted ideas of beauty, self-image and aging in a youth and status obsessed society, with characters set in sumptuous backgrounds and the works presented in ornate frames.

Sherman goes from analogue to digital and like her characters she experiences with various possibilities: truly natural scenarios in her first images, film techniques such as “rear projection”, studio photographs (the place where the artist has greater control in the construction of the image), the cyclorama and finally the inclusion of digital backgrounds in overlapping images. Although Sherman’s work tends to be classified by theorists and critics as associated with feminism, violence or voyeurism and having representation as a central issue, the artist avoids this theoretical instrumentalization and association. When building a character, Sherman is not thinking a particular person, rather she thinks of a genre and the complexity of the narrative is shaped in the specificity of the relationship between the scenario and the character.

For the presentation at Serralves, the Museum galleries were transformed to receive this ambitious exhibition, creating a theatrical set for the storyboard written by the artist’s photographs. It also includes a new piece, specifically conceived for the Serralves Museum: a large photographic mural, which give an additional uniqueness to the display. Sherman’s work should be seen as a dramaturgy for a play in which the artist is both the subject and object of her work while building a constellation of her own.

Cindy Sherman: Metamorphosis is produced by the Serralves Museum of Contemporary Art, Porto in collaboration with The Broad Art Foundation, Los Angeles, and curated by Philippe Vergne.

Special thanks to The Broad in Los Angeles, California, The Broad Art Foundation, and the Eli and Edythe L. Broad Collection.