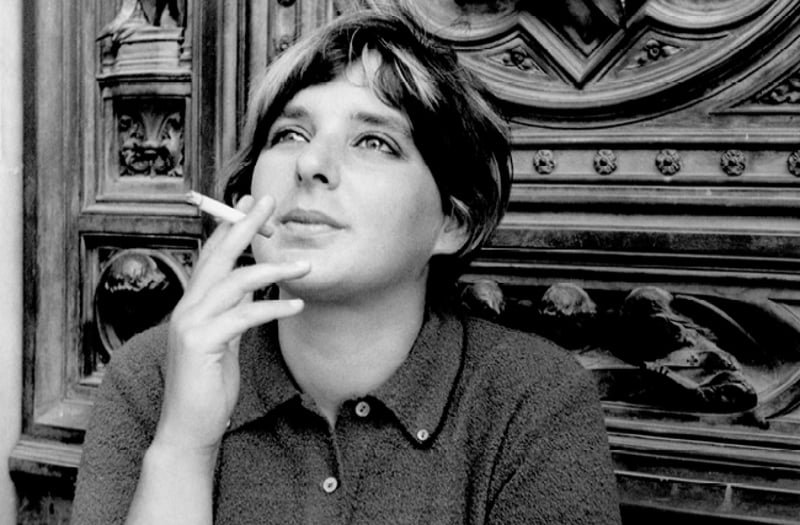 50 Years Later is an exhibition devoted to the Portuguese artist Maria Antónia Marinho Leite Siza Vieira, celebrating the anniversary of her life and work through 100 pieces, donated by architect Álvaro Siza on April of 2022, as well as a set of paintings, engravings, drawings, letters and embroideries, curated by architect António Choupina.

Born in 1940, Maria Antónia enrolled at the age of 17 in the painting degree of Porto's Superior School of Fine Arts. Carlos Ramos, the director, quickly invited her to participate in the school's Magna Exhibit, where she had Júlio Resende as master and, among many other colleagues or friends: Ângelo de Sousa, Jorge Pinheiro, the Soutinhos and the Cavacas.

The plastic quality of his prolific production develops simultaneously with the Portuguese culture of the 60's, also fed by the novels of Eça de Queirós, the jazz of Dave Brubeck and the films of Visconti, Rosi or Orson Welles, about which she corresponded regularly with Carlos Campos Morais.

Álvaro (1962) and Joana (1964) were born from her marriage to Álvaro Siza, with themes of maternal beds, of corporeal multiplication and transfiguration dominating important segments of her vast compositional lexicon. Likewise, the central role of female characters and sharp social commentary imbues the works with multiple and mysterious layers — some fabled, others interpreted while traveling through Morocco (1967), Italy (1968) or England (1970).

There is a clear refusal of the geometric abstraction zeitgeist, favouring the figurative of Giotto and Bellini, yet reinvented in an extremely personal and emotional way. The revelation takes place in her first and only living exhibition, at Cooperativa Árvore (1970), with posthumous iterations and adaptations in Porto (2002), Madrid (2005), Zagreb (2016), Berlin (2019), et cetera.

Maria Antónia leaves us prematurely at the age of 32 (1973), but Tótó — as she was affectionately known — is still alive in hundreds of proto-revolutionary drawings, whose legacy is assured today: from the innate talent and sense of proportion, represented in the Gulbenkian Foundation collection, to the maturity and graphic variety, featured in the Serralves Foundation collection. To paraphrase Deanna Petherbridge, 50 Years Later is as timely an exhibition as its works are timeless.