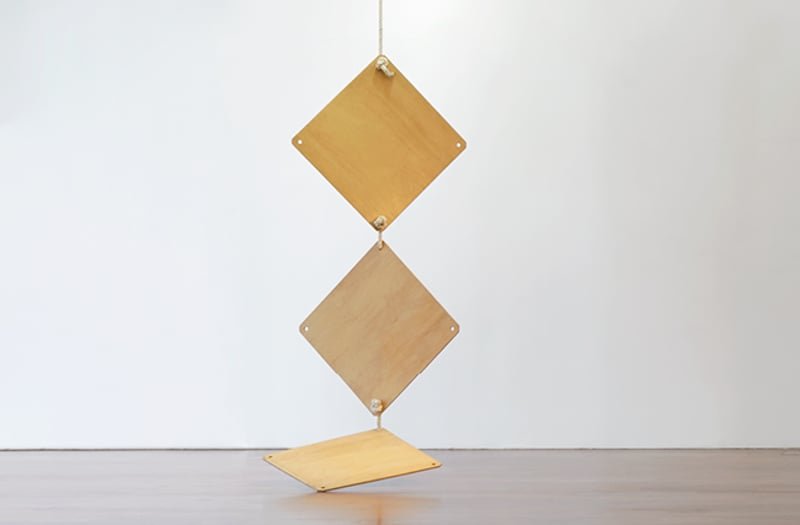 The 1960s and 1970s saw decisive developments in the art world, marking the beginning of the contemporary era. The international experiences of this period revolutionised the field of sculpture, rejecting a figurative and symbolic tradition and embracing issues intrinsic to the practice of sculpture, such as the exploration of three-dimensional form and composition and the relation with the surrounding context, with space and with the movement of the body.

At the same time, performance and video became important artistic media: their immediacy and straightforwardness made them particularly adaptable to the experimental outlook of several artists who sought out new forms of creation beyond the production of artistic objects, blurring the boundaries between their daily life, their body, and their practice.

The exhibition ’Matter / Action’, specifically developed for Casa Branca de Gramido, in Gondomar, presents a group of sculptures from the 1960s and 1970s that reveal core aspects of artistic practices associated with British abstract sculpture, American minimalism and, particularly, post-minimalism and process art which marked the late 1960s and early 1970s, with profound consequences for subsequent generations. The sculptural works are presented in dialogue with video works from the same period, highlighting various points of contact and interference between the two fields that were largely developed in tandem. The show intersects works by key figures from the international art scene with works by important Portuguese artists whose practices were developed in full alignment with the ground-breaking experiences that were emerging in the international context.

This exhibition, curated by Joana Valsassina, is part of the Touring Exhibitions Programme of the Serralves Collection, which aims to make the Foundation’s collection accessible to different audiences across the country.